A Trustworthy Spiritual Guide For These Turbulent Times 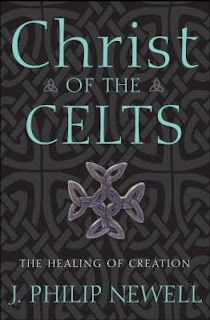 Review of "Christ of the Celts: The Healing of Creation," by J. Philip Newell, Jossey-Bass, 2008

This book is much more than an introduction to the treasures of Celtic Christianity for our time. It is a response to what the author and many others see as a deep longing for peace in the world among nations and peoples today, a longing against which are ranged forces of fear and fragmentation "that are wedded to the mightiest political powers and religious fundamentalisms of the world today." A scholar of Celtic Christianity, Newell presents its unifying vision of a harmony that is at the core of all life, and its vision of Jesus of Nazareth as a unifying figure for today, a figure that has been controlled and obscured by the official Church from the fourth century on. Jesus and his ministry, Newell says, is not the property of the Church; he belongs to the world, to every religious tradition. He speaks to everyone, just as he spoke to everyone during the very brief career of what he regarded as his ministry, to heal the sick, free the downtrodden and oppressed, and turn the political and religious powers on its collective head, not by force, but by revealing how they systematically oppress the needy by exerting control over whom they regard as their "subjects". Newell documents this process very well within the history of Christianity, which moved away from a free-spirited "people of the Way" and into a tightly-controlled, imperially modeled hierarchy that robbed people of their freedom and their self-confidence, and punishing those who maintained a point of view more in line with that of Jesus, who preached and lived unity and loving-kindness.

It is high time for a change, and Newell's beautiful book is a clarion call for a more open and unifying spirit within Christianity and between people of all faiths. He is not alone here, and it is high time: Walter Wink ("The Human Being"), Jack Nelson-Pallmeyer ("Jesus Against Christianity", "Saving Christianity From Empire" and "Is Religion Killing Us?"), Philip Gulley and James Mulholland ("If Grace Is True: Why God Will Save Every Person") join him, as do Desmond Tutu, Thich Nhat Hanh, the Dalai Lama, and many, many others from across and beyond the religious spectrum. It is time that we listen to these people as guides for our future and the future of our world. It is way past high time for us to ignore and repudiate those who call for division, specialness, violence, resentment and hatred.

"Christ of the Celts" is a very important companion for anyone who seeks to live a more loving, compassionate and realistic life in these turbulent times.

It is not, however, going to be warmly received by the fundamentalist community, who are likely to regard it as another in a long line of heretical texts, and who miss the point of Jesus' ministry entirely.
Posted by George Polley at 5:51 AM

Good book review. I love Newell and have many of his books, but do not think I have this one. It may be time to add it to my collection and READ it.

Dear Tostada,
I couldn't help offering a free book to you because of your "name" and this insightful review. It is Sonidos de lo Eterno (a Spanish translation of Sounds of the Eternal by John Philip Newell). If you can't read Spanish you might give it to the owner of that Mexican Restaurant. Please send me your address and I'll put it in the mail the first of October.
Elizabeth Cauthorn
Elizabeth@MaterialMedia.Net
or
Thehevwc@gmail.com